Here is a Quote by Ursula Burns, the First Black Woman Fortune 500 CEO. 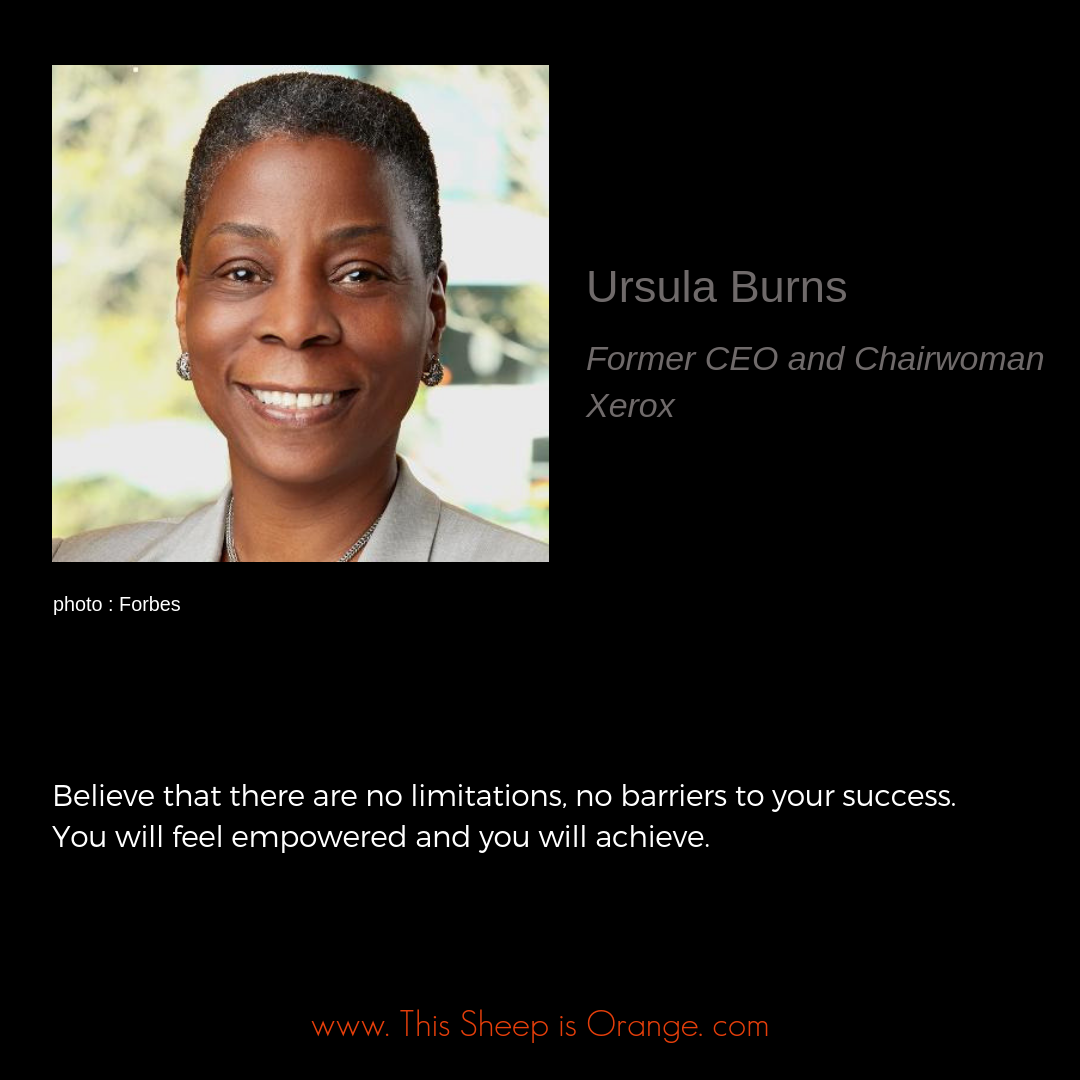 “Believe that there are no limitations, no barriers to your success.
You will feel empowered and you will achieve.”

How did Ursula Burns become CEO of Xerox?

Ursula Burns was raised by her mother in an extremely poor neighborhood. She studied to become a mechanical engineer, mainly motivated by the earning power, and she considered herself lucky that she liked it. In 1980 she joined Xerox in a program as a summer intern and the company paid for her graduate school at Columbia.

She worked in the lab for five years developing new products. She seized an opportunity to learn more about the company business and became an executive assistant to a senior executive and then, in 1991, to the Chairman and CEO, Paul Allaire. During a big company redesign we was named Vice President for Global Manufacturing. In 2000, she started to work closely with the CEO, Anne Mulcahy and succeeded to her in 2009.