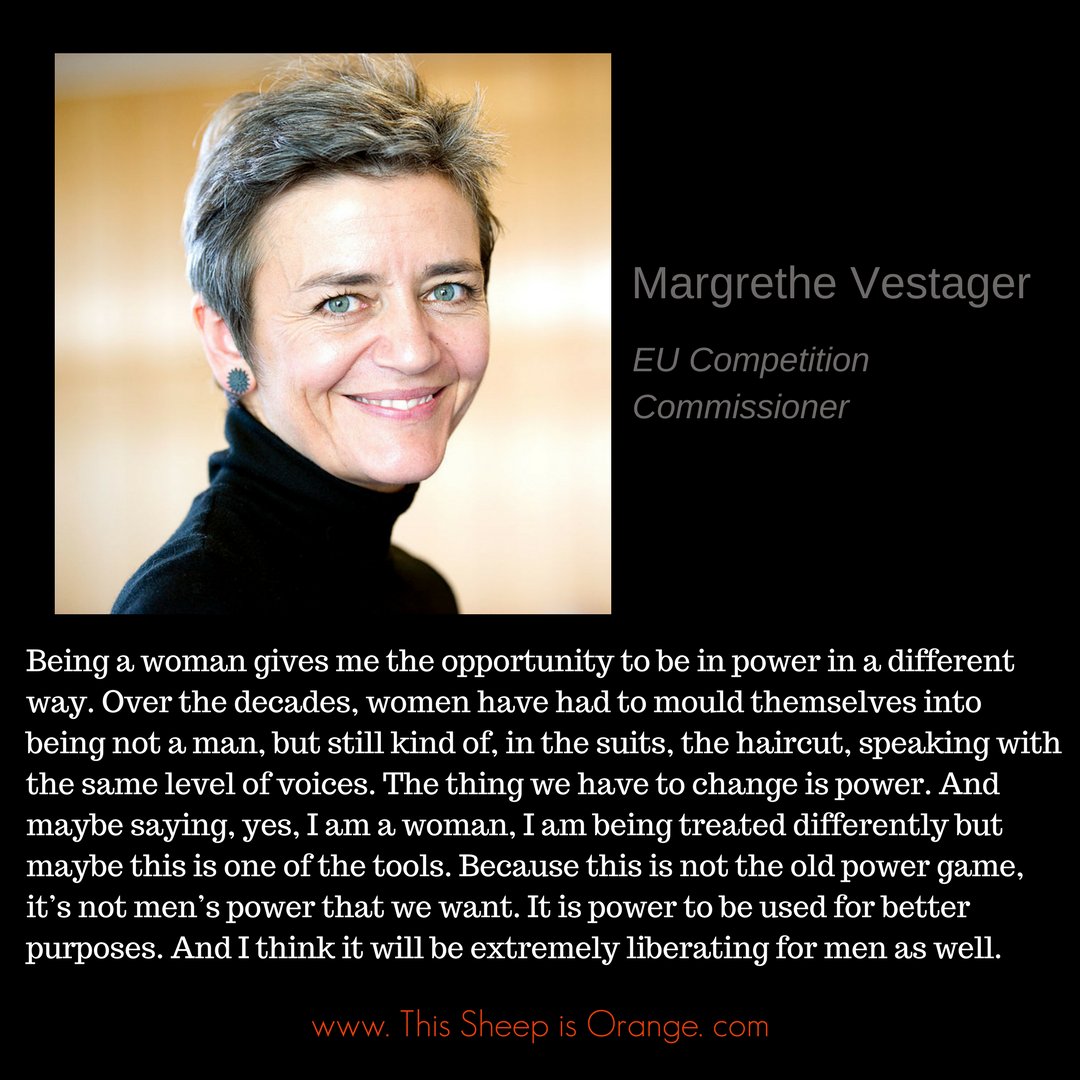 Who is Margrethe Vestager?

In a nutshell, she’s the woman who took on Google, Apple, Fiat, Starbucks, Amazon, Gazprom etc in Europe

As European commissioner for competition, she regulates commercial activity across the EU. Her activities fall under three strands : merger control, state aid and antitrust.

In interview to the Guardian, she said “I don’t believe in male and female stereotypes, but I have often seen that the more diverse a group is, the better the decisions that are made.” And I cannot agree more with her views.

Why the European Union fined Google and Apple?

She accused Google of violating EU antitrust rules by artificially promoting its own price comparison service in searches. “It denied other companies the chance to compete on the merits and to innovate. And most importantly, it denied European consumers a genuine choice of services and the full benefits of innovation”. As a result, the European Union fined Alphabet (formerly Google) €2.42bn for abusing its dominance in 2017.

She ran the investigations under Competition rules that led Apple to be ordered to pay back taxes of €13bn plus interest to Ireland  in 2016. The rationale is that, under EU rules, national governments can set the rate of their own corporate tax rates, but cannot give an unfair competitive advantage to companies. Ireland has one of the lowest tax rate in the EU (12.5%) and put in place a deal with Apple that allowed the company to pay tax of just 0.005% in 2014 and an average rate of 1% over many years.

On This Sheep is Orange, I regularly write about Women in Business & Leadership. If you would like to read my future posts, then simply follow the blog.