Laura Schwab is Aston Martin’s President for the Americas

Laura started her career as a contract lawyer. At 24 she realized this was not for her. She fell into the car business by getting a job at a start up that sold cars online. Her mentor introduced her to Land Rover where she got a contract for a part time job. She quickly became the marketing director for Jaguar Land Rover in Britain. After five years Aston Martin contacted her to offer the position of President of the Americas. On a side note, she got pregnant five weeks after starting her new role at 42 years old.

source: the Globe and Mail 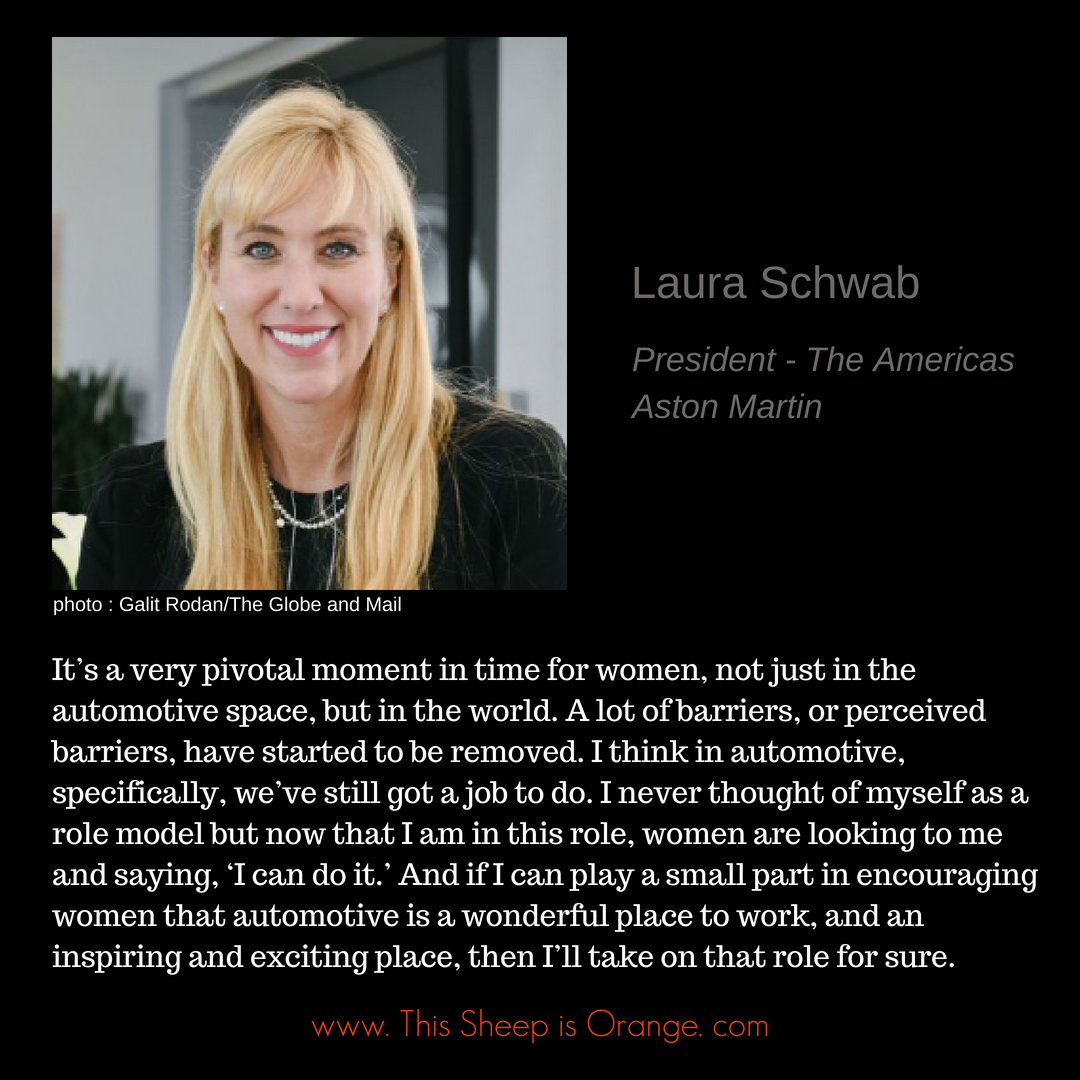 Marry Barra has been General Motor CEO since 2014 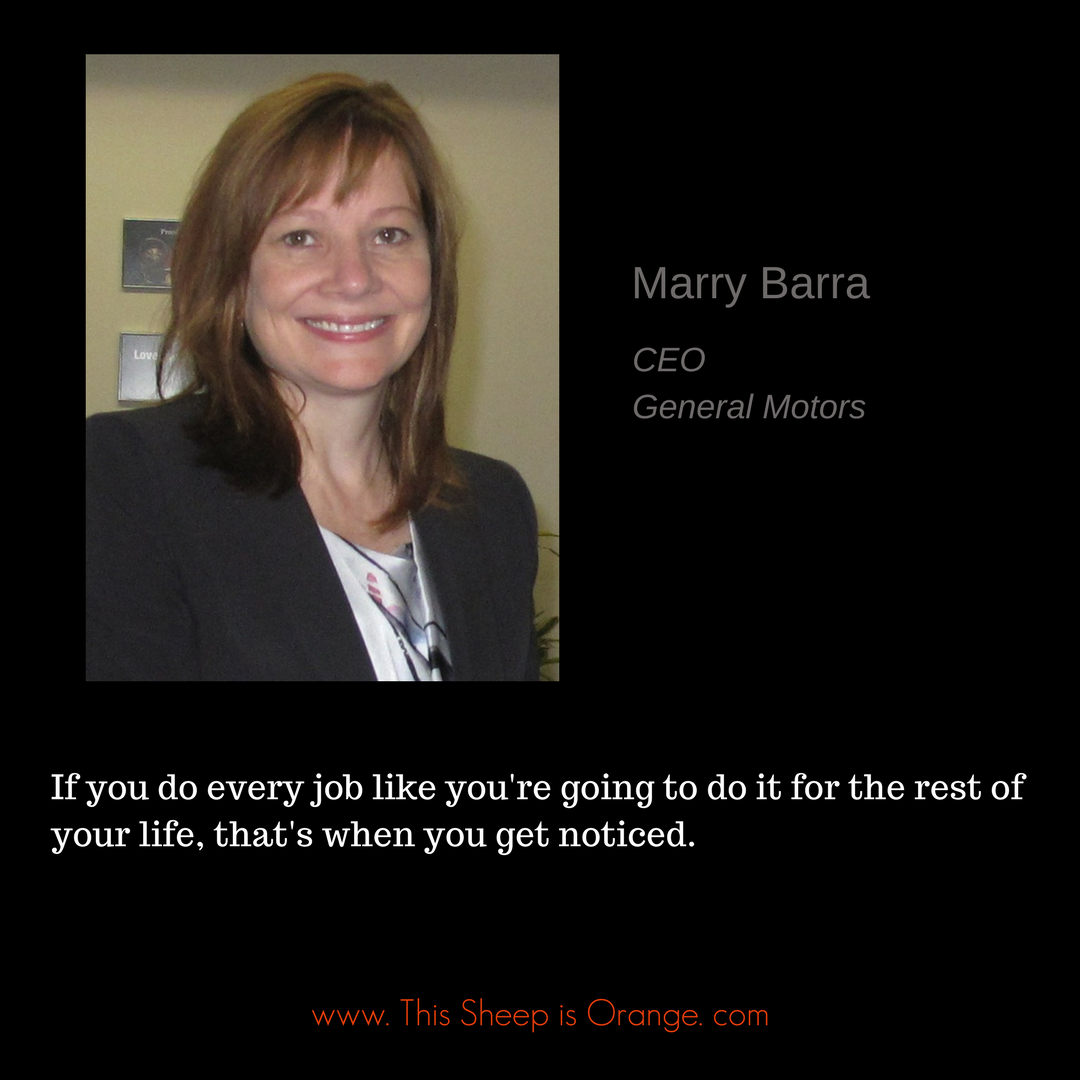