Whitney Wolfe Herd, 28 years old is the CEO of Bumble, the dating platform, that takes care of women and let them make the first move.

What’s the story of Bumble?

In 2012 at age 22, Whitney is a co-founder of Tinder and has being the head of marketing. In June 2014, she left Tinder and sued the company for sexual harassment. She accused her ex-boss and ex-boyfriend of sending her a stream of “horrendously sexist, racist, and otherwise inappropriate comments, emails, and text messages”. She was given a reported $1m settlement and stock in the company.

A few months later, Andrey Andreev, founder of Badoo, offered her to be the CMO (Chief Marketing Officer) of his online dating network, actually the world’s largest, with over 360 million registered users in 190 countries. She declined. She wanted to create a social media called ‘Merci’ for females only where you can only be kind to one another. Finally, they partnered and created Bumble, a new dating platform that takes care of the need of women and empower them. By letting women do the first move, they are more confident and in control and also the “unsolicited” photos are avoided.

Bumble developed with the word of mouth and has now more than 28 million users worldwide in 144 countries. Whitney Wolfe Herd has been listed on Forbes ’30 under 30′ list. Today she’s calling for concrete steps to improve gender inequities in the workplace. 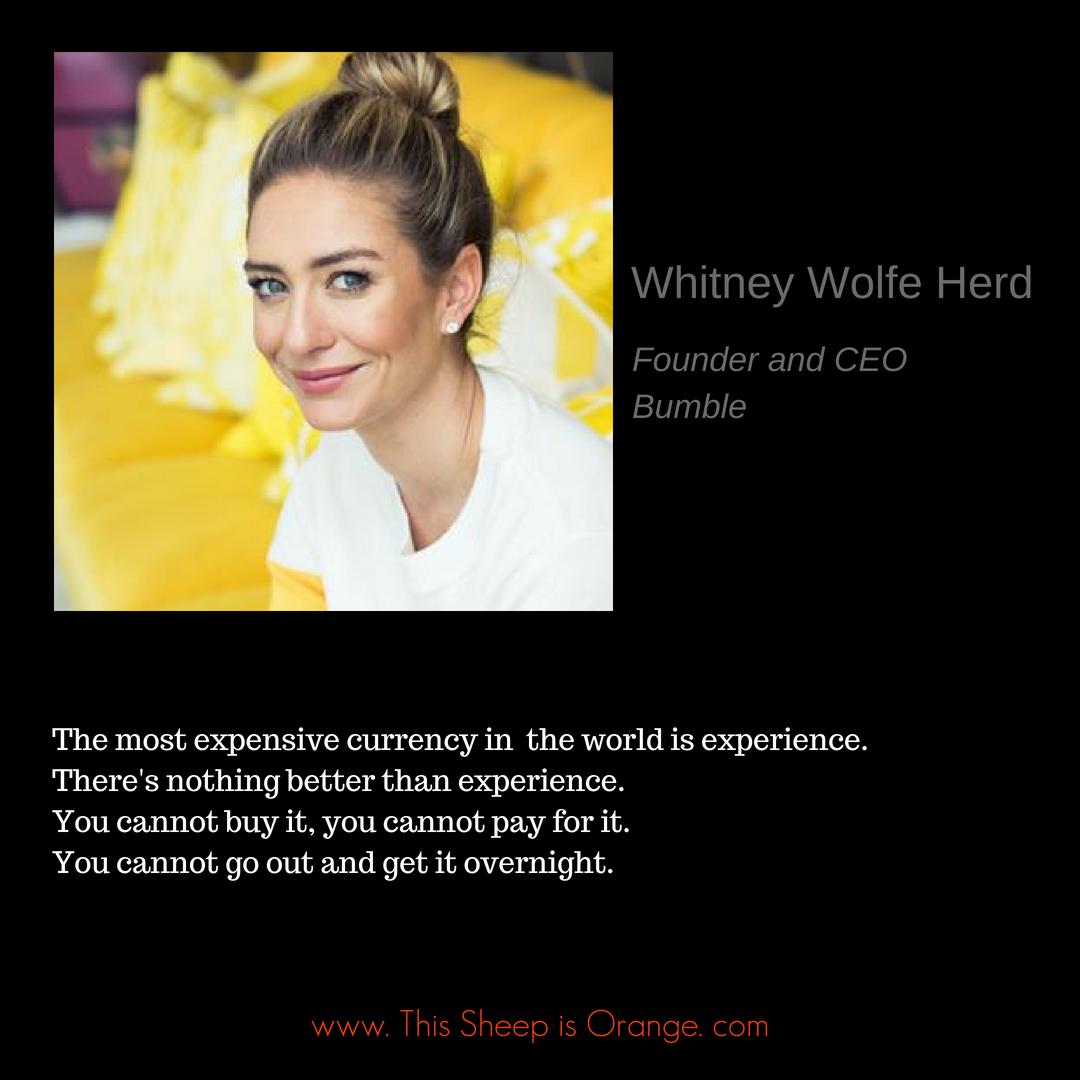 Have you tried the new business feature of Bumble, Bumble bizz?